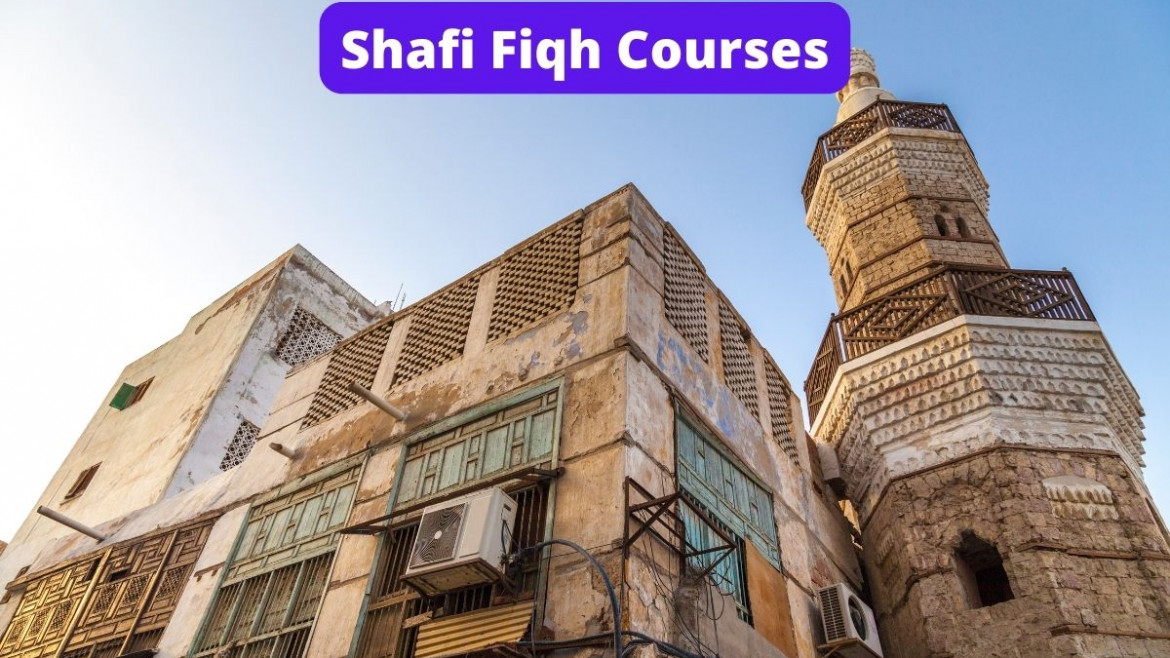 In this article, we will learn about the best Shafi Fiqh course to take, all you need to know about it, and the best books to read for beginners.

Fiqh is the knowledge of the Islamic jurisprudence, based on the understanding of the Quran and Sunnah to guide the ummah through all aspects of life.

What is the importance of learning Fiqh?

Many people don’t know what is Fiqh and what is the importance of learning it. Fiqh tells us what to do and guides us to do what is right. In short, Fiqh guides us in all Islamic matters.

Prophet Muhammad (peace be upon him) said the following about the importance of learning it, “If Allah wills to bestow someone with special virtue; He makes him a Faqih of the religion” (Bukhari & Muslim).

How does learning Fiqh affect our lives?

When having enough knowledge in Fiqh you will be able to guide people to the right path instead of misleading them. You will be able to convince them with proof. And what is better than being able to help and guide the ones who need to.

What are the sources of Islamic jurisprudence?

There are four sources and they are:

A faqih starts searching for a solution according to the above order, first starts with the Quran and if he couldn’t find the answer he will start searching in the hadiths and so on until he comes up with an answer.

What it means is getting the answer to a specific problem or situation from a person that is highly knowledgeable in Fiqh.

This one means taking the answer based on the agreement of the whole Islamic Scholars.

What are the best Fiqh books for beginners?

Here are the best books that you should start with:

What is the best Shafi Fiqh course?

There are many Shafi Fiqh courses on the internet to learn from but here are the best free courses to take.

First, there is a course on YouTube called Shafi Fiqh by Ustadh Zane Abdo, go to a channel called “ Dowra Tarim” and type in “Shafi Fiqh” and you will find eight lessons in order, the duration of each video is ranging between 47 minutes and 90 minutes.

Here is the full course:

The second course is “Six Month Introductory Certificate Program in Shafi’i Fiqh and Usul”. This Shafi course is a free program for beginners.

The holy Qur’an, the Sunnah of the Prophet, and consensus. The Holy Qur’an is without disagreement the first reference. As for the rest of the references, they are:

Al-Sunnah: Al-Shafi’i considers that the Noble Qur’an and the Sunnah are in the same rank in terms of inference. He also sees that the Sunnah abrogates the Sunnah, but the Qur’an does not abrogate the Sunnah. And if there is any conflict between the Quran and Sunnah then he takes the answer from the Quran.

Qiyas: Al-Shafi’i is considered an analogy, but without any expansion.

We have learned the meaning of Fiqh, why is it important to learn it, and how it affects our lives.

Then we discussed the best two Shafi courses to learn from, and the best books for beginners. Afterward, we took a brief description of the other three madhabs of Fiqh.

Now you still want to learn more about the best Shafi Fiqh course, visit our website muslimtutorspot.com and read our article about how to self-study the Shafi Fiqh.