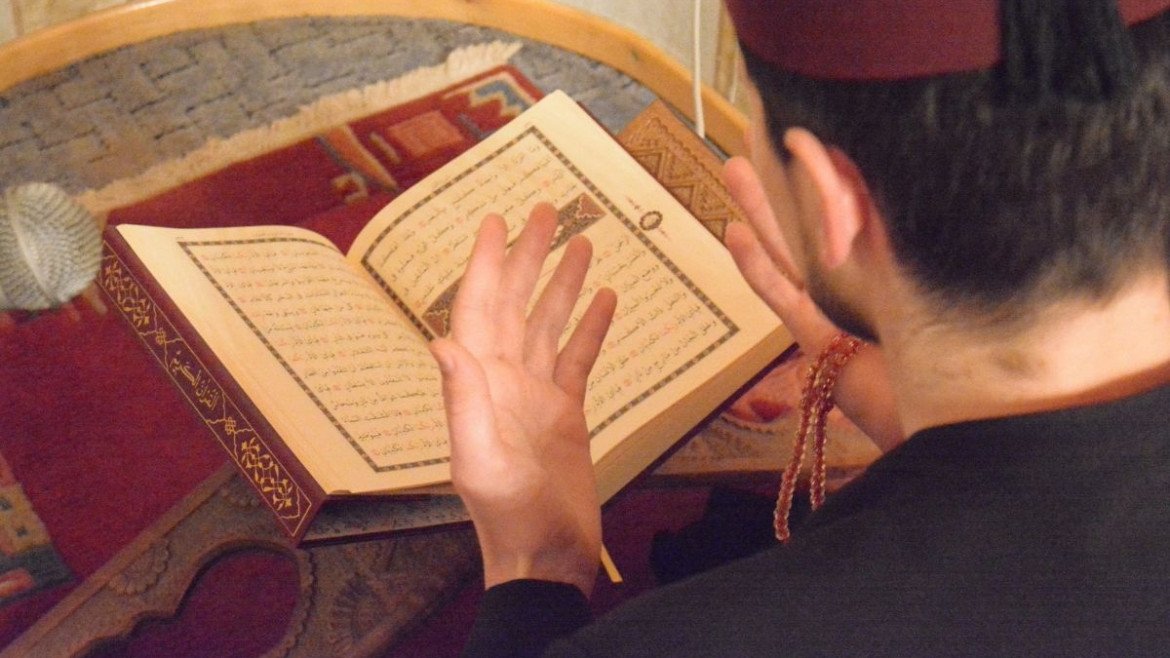 They say when you’re good at something, never do it for free, right? But what if this thing is teaching the Quran? Is it okay to charge people to teach them the book of Allah?

Keep reading to know more about Islam and Quran teaching.

What Do You Call a Person Who Teaches the Quran?

The person who teaches the Quran is called a Quran tutor. A Quran tutor or teacher is someone who teaches different aspects of the Holy Book. Some specialize in recitation, memorization methods, Tafsir and interpretation, Tajweed principles, and all of them combined.

Because of their vital function, Quran instructors enjoy great status and rights in Islam. They have received significant attention in Islam because they are the first pillar in the foundation of global evolution and perfection.

Allah SWT honors people who gain knowledge, and instructors are recognized to be the community’s knowledge seekers. In the Quran, Allah SWT stated:

“Allah will raise those who have believed among you and those who were given knowledge, by degrees. And Allah is Acquainted with what you do.”

It is critical to note that our great Prophet Muhammad (Peace Be Upon Him) was really sent as a teacher to our Ummah. This alone demonstrates how essential and important this profession is to Allah SWT and His Messenger (PBUH).

What Are the Teachers’ Rights and Duties in Islam?

Teaching is, without a doubt, the hardest profession. Teachers have willingly and courageously chosen a profession in which they will constantly work for the benefit of others.

Teachers, on the other hand, must respect their position and do their responsibilities flawlessly. Teachers must have good communication skills, critical thinking skills, administrative talents, reading and writing skills, narrative skills, the capacity to increase their students’ levels, and so on.

What are the Rewards for Teaching the Quran?

Learning and teaching the Holy Quran is among the most virtuous acts a Muslim can accomplish, and they are a major source of dignity, respect, and honor for them both in this life and in the Hereafter.

This hadith is enough motivation to push you to begin teaching the Quran now. The Prophet (PBUH) once said:

You get an everlasting charity

There are some activities we can take while we are still living that will provide us with good deeds (hasanat) even after we die. One of these acts is to teach the Quran. It’s as though a Quran instructor is granted a second chance to gain good deeds even after death.

According to the Prophet (PBUH),

“When a person dies his deeds discontinue, except for three things: Ongoing charity, knowledge which people benefit from, and a righteous son who prays for him.”

Angles will mention you for Allah SWT

When there’s a gathering that Allah’s name is mentioned in, angels sit with it. Angels will surround you as long as you teach your lessons. Then, they’ll tell Allah SWT, even though He knows it all, how you praise Him and ask Him to forgive you.

“Allah SWT has supernumerary angels who rove about seeking out gatherings in which Allah’s name is being invoked: they sit with them and fold their wings round each other, filling that which is between them and between the lowest heaven. When [the people in the gathering] depart, [the angels] ascend and rise up to heaven.

He [the Prophet (PBUH)] said: Then Allah SWT asks them – [though] He is most knowing about them: From where have you come? And they say: We have come from some servants of Yours on Earth: they were glorifying You (Subhana Allah), exalting you (Allahu akbar), witnessing that there is no God but You (La ilaha ill Allah), praising You (Al-Hamdulillah), and asking [favors] of You.”

The rest of the Hadith goes that angels tell Allah SWT how His servants ask for His Paradise and to be excused from Hell-Fire. then, Allah SWT says:

“I have forgiven them and I have bestowed upon them what they have asked for, and I have granted them sanctuary from that from which they asked for protection.”

You increase the blessings of your routine

When you become a Quran teacher, your day will be filled with blessings. Your routine will become more blessed. For example, you go over the material again before the session, and then you spend hours during the class imparting Allah SWT’s beautiful words. This will definitely provide significant value to your routine.

You hold the Quran longer in your memory

Unfortunately, the Quran is so simple to forget. In one of his Hadith, Prophet Muhammad (PBUH) warned us about this and encouraged us to keep on reciting the Quran:

“Keep on reciting the Quran, for, by Him in Whose Hand my life is, Qur’an runs away (is forgotten) faster than camels that are released from their tying ropes.”

Consider the following scenario: you have learned a Quran chapter (Surah) and are teaching it to your classmates. The more you teach them, the more you repeat it to yourself, which helps you evaluate and never forget what you’ve learned.

You are regarded as “the best”

Even better;yYou don’t only make money when you teach the Quran, you also receive enormous benefits from Allah SWT, which are more valuable than any money you may earn.

There are numerous narrations that motivate us to learn and teach the Holy Quran, but the one below is perhaps the most well-known among Muslims in general. Uthman bin Affan (May Allah Be Pleased With Him), told us what the Prophet (Peace Be Upon Him) said:

“The best of you is he who learns the Quran and teaches it.”

Can Anyone Teach the Quran?

Anyone with even a basic understanding of the Quran can become a Quran teacher. According to the Prophet (PBUH),

However, it is absolutely forbidden to teach the Quran without sure knowledge that what you’re teaching is indeed in the Quran. Allah says:

Say, “My Lord has only forbidden immoralities – what is apparent of them and what is concealed – and sin, and oppression without right, and that you associate with Allah that for which He has not sent down authority, and that you say about Allah that which you do not know.”

How Much Do Quran Teachers Charge?

So, how much do Quran teachers make? According to typical wages, Quran teachers in the United States make up to $50,420 per year. Online instructors’ pay may be slightly lower. Of course, wages differ depending on where you stay and the school where you choose to teach.

How to Teach Quran at home?